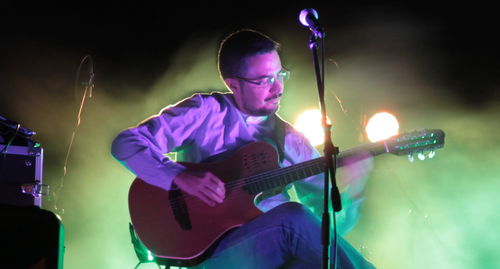 The studio environment allows me to record different instruments and combine them during the production process. This process facilitates the control of every parameter of sound and music. But during the last years I have also performed live several times, sharing my music with the public. 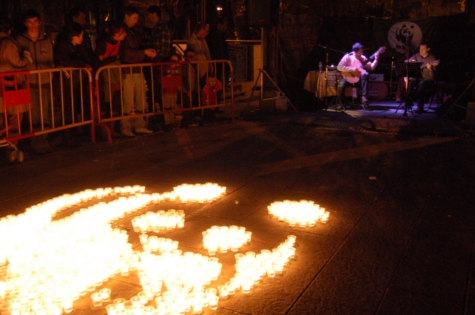 On the 31st of March, 2012, I was playing for WWF in an public event in favour of natura and environment. I performed some pieces with Carlos Calvo (flute) and Fernando Bartolomé (guitar).

On the 29th of March, 2012 I arranged some pieces in the closing act of "II Premio Internacional De Periodismo Manu Leguineche" organized by the EXCELENTISIMA DIPUTACION DE GUADALAJARA, whose prize was won by Javier Espinosa.

On the 11th of February, 2012 I made a premiere of CD "A new horizon special edition" at the Teatro Moderno of Guadalajara. I performed with a band of musicians: Cristóbal Caballero (Doublebass and bass guitar), Elisa Mon (Violin), Fernando Bartolomé (Guitar) Carlos Calvo (Flute) and Mario Sanjuan (Drums).

Excerpts of the concert. Images/Video by Olga G. Ruano.

On the 20th of May, 2011, I performed two pieces live with Cristóbal Caballero in Madrid, during the premiere of the poetry book "LA RAMA FLORECIDA POR EL CANTO" by Miguel Angel Prados.

Between 1996 and 1997 I performed live several times in Guadalajara, playing the guitar.