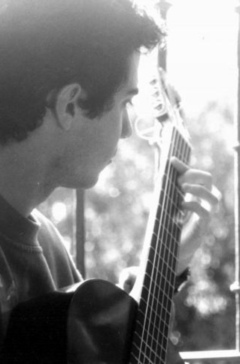 If the old adage "Two heads are better than one" is true, than Jose Luis Serrano Esteban is well placed for a successful career in today's high-tech recorded music industry. An electronic expert, with experience across the board in music production, engineering, studio electronics, broadcasting, sound installations, and more, and a skilled musician on guitar, keyboards, drum and rhythm programming, Jose Luis has performed in rock, pop, blues and folk bands, as well as recording in those genres as a guest artist. His formal training and vast experience in many aspects of recording, broadcasting, telecommunications, and other areas of electronics, allows the artist to sculpt his music from a technical and artistic standpoint by working with sonic characteristics in addition to the music itself, in essence unleashing the creative side of both production and engineering techniques.

Spanish-born Jose Luis Serrano Esteban first became interested in playing music at 12 when his parents bought him a small electronic keyboard. His parents being avid music lovers, he had already developed a love of music itself, fueled by listening to his favorite artists - Jean-Michel Jarre, Mike Oldfield, and The Alan Parsons Project. He took up formal musical studies, gravitating to the guitar and attending the Conservatorio Provincial de Musica in Guadalajara. In 1993, he changed paths and began a course of study in Telecommunication Engineering at the University of Alcala de Henares in Madrid, graduating in 1997. While there, he began to unite his two areas of expertise - music and electronics - by studying computer music at several venues, including a Computer and Electronic Music Laboratory in Madrid and studying Electronic Music with the noted computer music expert Jean Claude Risset. He continued to grow his electronics knowledge through formal studies and via a wide assortment of job opportunities, many of them in the music industry, e.g. public address sound technician at concerts, installation of broadcast facilities at radio stations, and serving as broadcast sound technician for such international events as the Olympics and Eurocup games. In 2005, he also began studying the specific composing of soundtracks for film, TV and DVD. 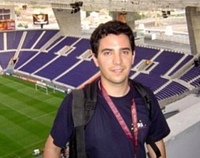 During this time, Jose Luis continued to work on his own music, propelled by his burning desire to share his musical talents with others. While he performed with a variety of bands in assorted genres and worked behind the scenes on other artists' recordings, he continued to dream of recording and releasing his own music. "I felt the need to do it. I wanted to share it with people. I have felt so happy listening to other musicians, that I would love to know that my music may be useful to someone." In 2002, Jose released his first CD, Tierra de Sueños (Dreamland), followed by 2009's Un Nuevo Horizonte (A New Horizon), which is being re-released at the end of 2011 in a special edition with two new bonus tracks. 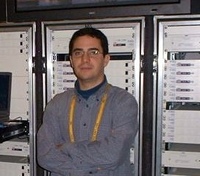 Through the years, Jose Luis's musical influences have evolved, moving first through an appreciation for classical, before discovering the Windham Hill and Narada labels. Their artists' fusion of classical and pop spoke to the deepest part of his artistic soul and he decided this was the direction his future had to go. "Music I compose is simple but complex at the same time.I would recommend people listen to this music with good sound equipment and listen calmly, so they can appreciate details." 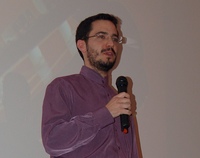 When asked why he has undertaken this venture, i.e. making and releasing music in a day and age when so many others are doing the same thing, Jose simply answers "During the years, I found the most important things in life are love, peace and happiness. I would be grateful if I could transmit these 'feelings' to listeners through the beauty expressed by music".

By combining his skills in electronics, engineering, and production with his musical talent, Jose Luis Serrano Esteban makes music come alive for the listener, crafting sonic landscapes that evoke emotions and paint vivid pictures. His long term goal is to continue releasing his own music but to also compose soundtracks and see his beautiful music wedded to images, thereby intensifying the enjoyment for the listener.

In 2014 I was invited to give this TEDx talk about where does the music comes from and my desire to create bridges between apparently separate worlds; those of music/emotion and engineering/reason.